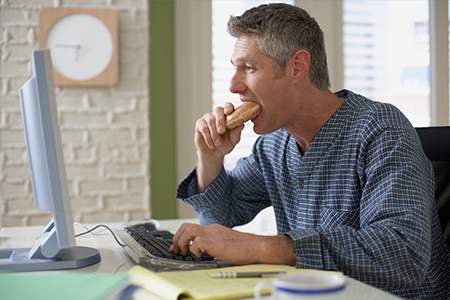 December 31: It’s New Year’s Eve, and you’re looking as much like a disco ball as possible! You’re kicking off the New Year with a flash of sparkle and some sequins. You could walk onto the floor of Saturday Night Fever and win just for showing up. You’re popping bubbly and toasting to the end of one incredible year while cheering on the next. You begin affirming resolutions, determined to turn a new page in your life.

Commitments are an extension of your character. They build trust. Break enough of them, and you’ll surely lose the trust and support of the people around you, but more importantly, you might lose trust in yourself.

Made with the Best Intentions

Resolutions and commitments are always made with the best intentions. The month of unlimited yoga you purchased was not unrealistic; it was motivating. So why do so many of us fail at keeping our resolutions? Are we weak-willed? Or is this a form of cultural procrastination that plagues our well-intended motives to reinvent ourselves?

Timothy Pychyl, a professor of psychology at Carleton University in Canada claims that people aren’t ready to improve their habits, and this is why most people fail in keeping their resolutions. Psychology professor Peter Herman suggests “false hope syndrome” (which means our resolutions are largely unrealistic) is to blame.

Further speculation surrounding the root cause of failed resolutions is disillusionment. When you think your whole life will change if you lose weight or exercise more, and then it doesn’t, you’ll undoubtedly revert to your old ways. Disillusionment. Discouragement. It doesn’t matter what we call it, no one wants to be let down.

How to Maintain Your Resolve

It’s normal to be terrible at keeping resolutions. Only eight percent of people keep them, according to a study done by the University of Scranton.

Changing behaviors. That’s what it comes down to. If you want your resolutions to stick, change. your. behavior.

Gretchen Rubin, in Calgary recently, signing copies of her new book, Better Than Before: Mastering the Habits of our Everyday Lives, says, “habits have such an important role to play in happiness; how can people do a better job of following through with the kind of stuff that will make them happier?”

Step one: figure out your tendencies, how you respond to expectations, both yours and those from others.

People typically fall into one of four groups, she says. Upholders respond quickly to expectations. Questioners question everything, and only act if they believe the expectation is justified. Obligers respond to outer expectations — things that others ask of them — but have a hard time meeting their own, Rubin says. Last but not least, Rebels resist all expectations, no matter who’s asking.

According to Rubin, “deadlines don’t help create habits. Nor does doing something for 30 days in a row. Habits form best when you perform them in the exact same way every day. It’s about making a decision to do something forever.”

Trying to change your default thinking by trying NOT to do it only strengthens the old habit. Try these tips to help create a new way of thinking, and perhaps you’ll rewire your brain so that next year, when you’re celebrating on New Year’s Eve, you can rejoice over your new successes.

>>>For more tips on how to keep your fitness-related goals on track, click here to learn more about creating your own workout community!

Resolutions should be about the journey, not the outcome. Well, the result is pretty important, too, but your potential for success is much greater if you focus on what you truly have control over. So buy that month’s worth of yoga, but instead of focusing on how yoga will or should change your body, shift your attention to how going to class three days a week will change your life in the long run. That’s the kind of sparkle you’ll want to flaunt on the dance floor next year! 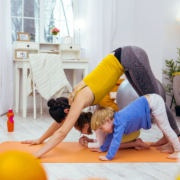 Reasonable 2021 Resolutions You Will Actually Stick To 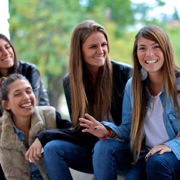 New Year's Resolutions You Can Make - and Keep 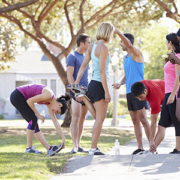 Keep Your Fitness Goals on Track with a Workout Community

Auto Maintenance Guide: When Should You Service Your Car?
June is a good month to enjoy the open road, road trip anyone? But do you know when it’s time to bring in your car for a checkup? Routine vehicl...
Read More

6 Home Projects a Handyman Can Help Dad With
One of the fun things about owning your home is the satisfaction that comes with making improvements by yourself. Sometimes, though, do-it-yourself te...
Read More

Become an Investor
GetAssist: A Teacher’s Virtual Classroom on a Purposeful Network

The Ultimate HOA Board Member Toolkit
Scroll to top