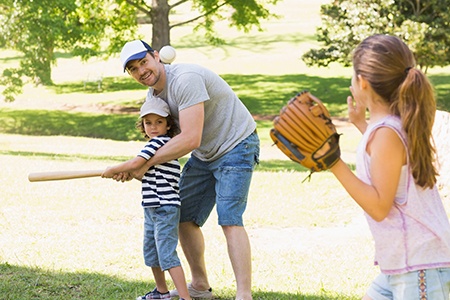 It’s no secret that communication is key to successful coaching, but it is simply the first step. If you are looking for the best ways to shape your team up for performance and success, there are a few key areas that can make an enormous difference.

Strong coaching is founded upon more than strict principles. Coaches must have an understanding that kids are not like adults who are goal-oriented; they need to have time to play.

Some teams have kids who know what to do as a team, but lack the skill to make it happen, and some who know how to complete the task at hand, but fail to interact as a unit. These categorizations are indicative of coaching styles, and are easily remedied with proper instruction.

Coaching must be customized to the individual—young athletes respond differently from child to child. Having a grasp on the difference between explicit and implicit learning will help coaches to best connect to their athletes. In short, some young athletes simply need to do something rather than see it happen. These are the kinetic learners, they gather and interpret instruction differently than auditory or visual learners, and may require more training. In the end, in most sports, a balance of both is incredibly important and drilling is just as necessary as vocal instruction.

It is crucial to conduct occasional tests of progress after setting initial measurable goals. Occasionally stop the standard practices, and have the team scrimmage. Illustrate the team’s improvements.

By keeping things fresh and fast-paced, coaches prevent children’s motivation from going stale and ensure the hard work being put in by the team and staff doesn’t come to a halt or plateau after minor accomplishments.

An evolution in the structure of practices should be based on drilling capabilities of the team and its periodic advancement. Celebrate the smaller triumphs of your athletes and they will grow to appreciate their success. Build on previous performances. By teaching the kids to beat their own goals and highlighting the benefits of perseverance, coaches instill a sense of pride that will translate to self-motivation and teamwork.

“I can accept failure, everyone fails at something. But I cannot accept not trying.”

Wayne Goldsmith coaching suggests teaching a skill one step at a time until optimal efficiency is reached. Start by teaching a single skill, then move on to carrying out that specific skill well. Next, teach the athletes to perform the skill well at a faster speed. Then progress to performing the skill well, at speed, while fatigued. Get the picture? Continue to build up one part at a time, and eventually, your team will be conditioned for champion performance, and have the technique required to thrive.

In terms of technique, try the three pillars of athletic training to establish strong core skills on which to build. By inhibiting careless criticism and enhancing positivity, coaches can educate young athletes in a more effective manner. Competition and teamwork correspond in a similar manner.

The Importance of Community

Show you care about your athletes’ academics and place a high value on ethical behavior while participating in other activities. Discipline can become autodidactic if standards are held to a high level.

Also remember to highlight the importance of the team community. By being present in your athletes’ lives, and teaching them to lift one another up, you instill a greater respect for their team and the fellow players who comprise its group. Camaraderie is sure to follow.

Whether coaches claim the domain of the field, court, pitch, or pool the best way to connect off the field is by creating a corresponding community in GetAssist. Post practice times or pictures from last week’s match, trade tips with other coaches and keep your athletes’ parents on the same page in a safe, private, and FREE Virtual Locker Room Community on GetAssist. 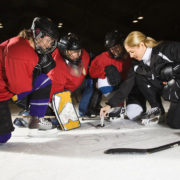 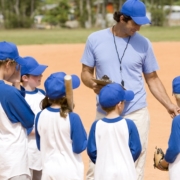 Save Your Season With A Virtual Locker Room

A Familial Community: The Moments that Give Us Meaning
Scroll to top